This is a book review post. I was provided a copy of the book in exchange for my honest review. For additional details click here. 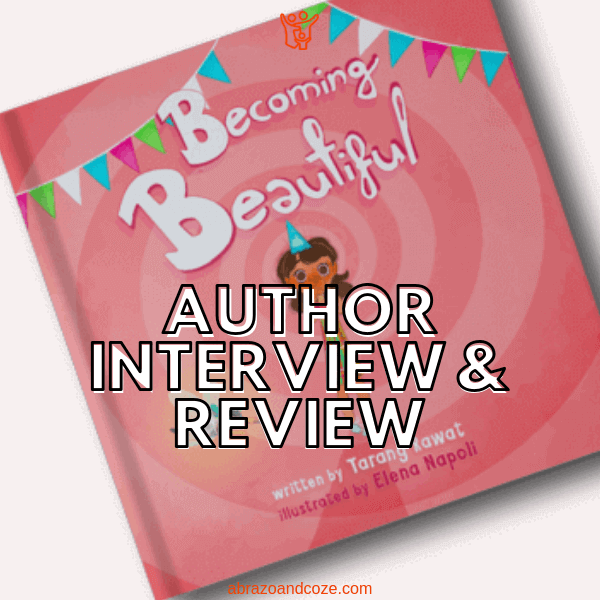 I am super excited to share the book Becoming Beautiful with you. Partly because I think it will be an amazing children’s story but also because I’m excited to be part of the hype leading up to its launch.

The illustrations aren’t even quite finished yet (but I’ve seen enough to know I like it, and the style is very compatible with the storyline).

So why the excitement over a book that isn’t even ready to publish??

To answer that, I’m going to tell you first about a really neat website called Kickstarter.

Kickstarter, And Why It’s Relevant

I have been a long-time fan of Kickstarter. Not surprisingly, my family has supported a variety of Kickstarter campaigns, and have loved most of the things we’ve bought through those campaigns.

For those of you who aren’t aware, Kickstarter is one of the world’s largest (maybe, in fact, the largest) funding platform for creative projects.

A platform where you’ll find new film, music, art, theatre, games, comics, design, photography (and more), hoping to raise the money to put those products and ideas out into the world.

And it’s regular, ordinary people like you and me who support these ventures, with typically significant benefits of doing so (financial savings, extra perks, and the satisfaction of helping out another human being who has offered up their great idea or product).

And because I hate to waste my money…

I especially like that the projects are all or nothing. That means if the funding goals aren’t reached, you aren’t charged, and there’s no loss to you as a supporter.

But when the funding goals are met, your financial contribution brings awesome new things into the world.

And now you’re either wondering what my interest in Kickstarter has to do with anything relevant, or you see where this thought is headed. Well, let me fill you in…

The publishing of Becoming Beautiful is being funded on Kickstarter!

And I’m super excited to have the opportunity to help promote the Becoming Beautiful Campaign.

I love everything the book stands for. I love so much about this book that I haven’t yet held in my hands.

Before I share my thoughts with you, I am going to share the details about the Kickstarter campaign.

Becoming Beautiful campaign end date: 20 March 2019 (You can’t get in on any of the savings or early publication runs after this date. You’ll have to wait for it to hit the bookstores and buy at full retail prices – I’ll post a link once it’s on Amazon.)

You’ll have to wait on a review until the Kickstarter campaign has run its course. Till then, here is the trailer for you to enjoy. It gives a pretty good idea of what to expect in the book.

You can also find more information and Tarang’s social media links on the Becoming Beautiful website.

If you want to raise strong, independent, and confident children, who are less likely to succumb to poor self-image and more likely to celebrate differences, Becoming Beautiful is for you.

For those of us that don’t know who you are, can you introduce yourself?

I’m a mom of two , a wife to a husband who cajoles me to be more sociable and to try different things.

A full-time worker both at home and outside!

What sparked the idea for Becoming Beautiful?

I wrote this book for my daughter as a gift. I wanted for her to feel beautiful, complete and happy with herself, just as she is.

When I was growing up, I suffered from self-doubt, negative body-image and lacked self-confidence.

This limited my experiences and outlook life.

I didn’t want my daughter to face a similar situation. She is precious to me and I want her to feel that self-love for herself.

What better way to teach her this than through a story-book.

Did you always want to be a children’s book author?

Writing to me has always been an expression and celebration of wherever I’ve found myself to be in life.

When I found myself in this wondrous place of motherhood, I could not help but weave stories for my kids so I put pen to paper and began writing.

I imagine it’s hard for any author to trust an illustrator with their book. Just how scared were you to put it in the hands of another artist??

Elena was a dream to work with, I feel it was destiny – its not a coincidence that the main character of my book is also called Alena!

I could not have asked for a better illustrator to work with, it was a joyful and rewarding experience.

We collaborated really well and she brought to life the characters and story of the book.

How did you even go about finding an illustrator?

I’ve been following Elena’s work in the social space and have really admired her vision and art from afar.

When my script was ready, I approached her to work on this collaboration. I was happy that she accepted and she was excited to work on this book as it had an important social message.

I’ve heard that a picture book author has an instinct for what needs to be said and what should be left to the illustrator to show. Was that true for you?

Yes, that’s true. I feel that’s where the magic happens when you share your vision and trust your illustrator to paint the perfect picture.

It works well when both parties are open and patient during the creative process.

On your journey to becoming an author, what has been the best and worst advice you have received?

“There are not a lot of JK Rowling’s.”

This still makes me smile.

Mostly, I’ve been very fortunate to be surrounded with friends and family who have always encouraged me to follow my dreams.

Becoming Beautiful isn’t actually available yet. When will the Kickstarter event launch? When will it end?

The Kickstarter campaign for the book will launch on February 20th and run until March 20th.

I look forward to receiving support from the community in making this campaign a success. I hope that parents and families can buy this book for their children and share this empowering message with them.

Have you had any other products or books launch first in Kickstarter?

No, this is my first Kickstarter campaign and hopefully many more to come!

How did you decide on Kickstarter as a means to publish your book?

I wanted to generate public awareness about this important issue. To socialize this message on a crowdfunding site seemed like a good option.

Doing so would also help connect with a wider audience at a global level.

Are there reach goals if support exceeds your needs? If so, what will they be?

Backers can get limited signed copies of the book, parents guides, books, tote bags, and many other exclusive rewards.

What were the challenges you have to encountered so far In completing this book?

I have two young kids and a full-time job so I’m always trying to steal another minute, another second, to finish the book. So, finding I would say has been the biggest challenge.

If you weren’t answering the questions in this interview right now, what would you be doing?

I would have been doing laundry or cleaning the mess my children made!

Is there anything else you would like to share with us about yourself, your writing, or this book?

Children are extremely perceptive and impressionable and often go through struggles alone. As a parent it is sometimes difficult to see this and know how to help them.

It is therefore important to expose children to the right content and information.

I hope that parents will buy this book for their children to give them the right tools to succeed in life.

The Kickstarter Campaign began on February 20th. Pop over and check it out.

If you’re looking for a great story to read in the meantime, check out Nonni’s Moon.

What books are in your home library that teach a valuable lesson to your children? Let me know in the comments. 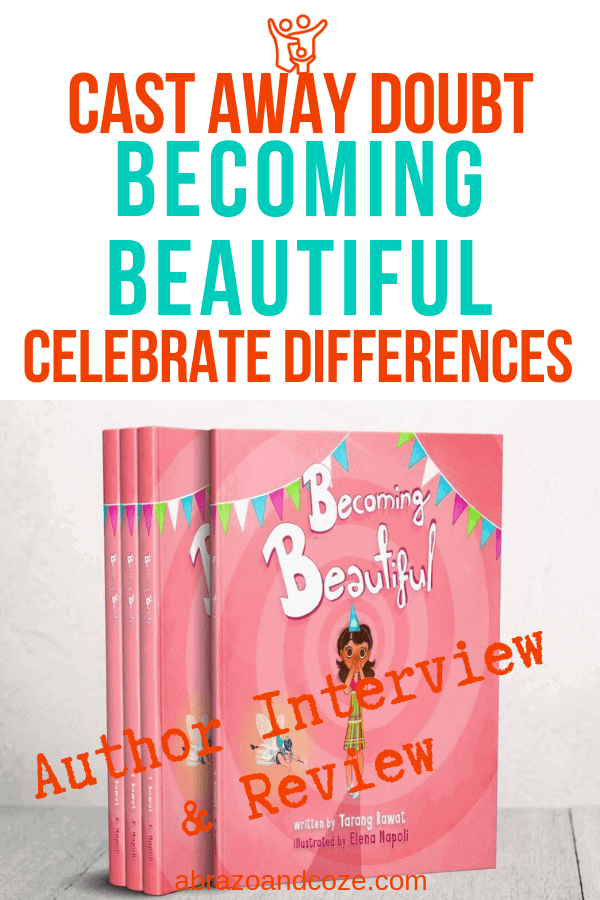 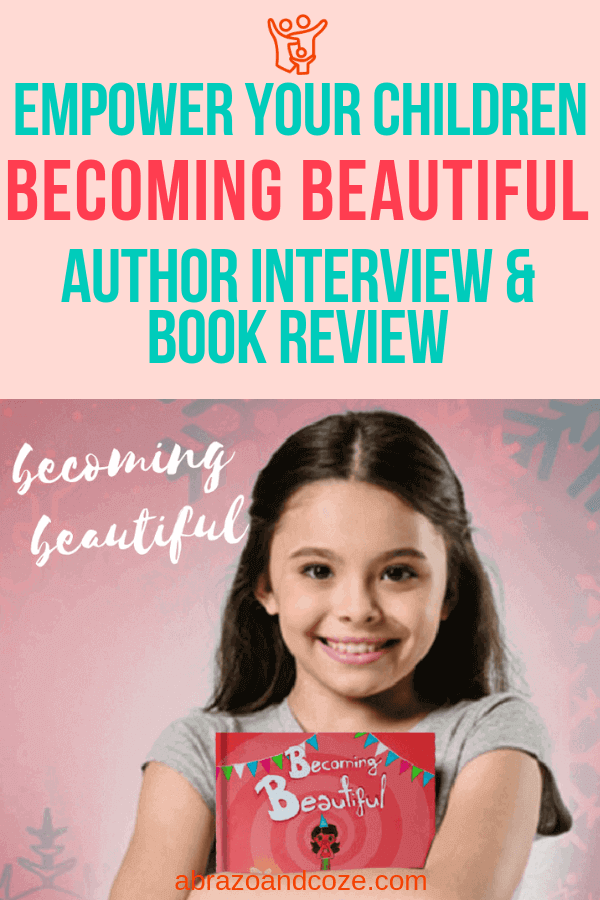 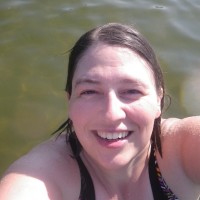 Anna Anderson is an ordinary, easy-going Canadian mom to three girls (Cat-1996, Monkey-2014, and Fang-2017). She enjoys life with her two youngest children, and her soul mate, Mr A, in Eastern Ontario. She has the requisite mountain of laundry (either dirty waiting to be washed and dried, or clean waiting to be folded and put away), her children get dirty and sometimes live life naked. Her goal here is to empower laid back families like yours to live your best life by providing practical solutions to everyday problems covering topics including kids, love, and life… without the stress of aiming for SuperParent status.